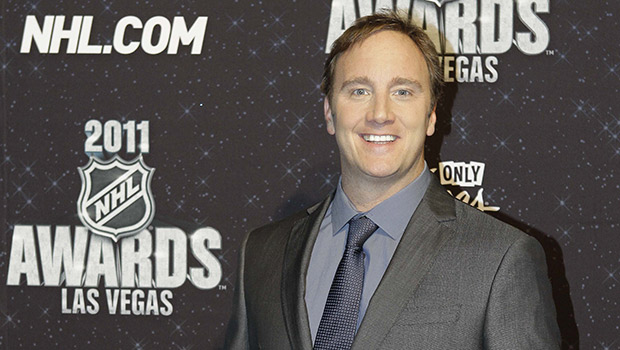 Bio:Jay Mohr (born Jon Ferguson Mohr on August 23, 1970 in Verona, NJ) is an American actor, comedian and radio host. He first appeared as a featured player for the ’93-’94 and ’94-’95 seasons of SNL before having a recurring role on the first season of The Jeff Foxworthy Show. His first major film was the 1996 movie Jerry Maguire, in which he played the sleazy sports agent Bob Sugar. Jay went on to star in Picture Perfect alongside Jennifer Aniston, Action, Are We There Yet?, Pay It Forward and The Groomsmen. In 2010, Jay starred as a newly divorced dad for two seasons in Gary Unmarried, and also had a regular role in the TV series Ghost Whisperer. Jay began a career in hosting, contributing on radio shows such as The Jim Rome Show, before replaying Rome in 2013 on Fox Sports Radio.

Personal Life:Jay was married to former model Nicole Chamberlain for 6 years. The couple have one son, Jackson. In December 2006, Jay married actress Nikki Cox in LA after they met on the set of Las Vegas. The couple had a son, Meredith, born in 2011. Jay filed for an emergency order in July 2016, but didn’t go through with it. In December 2016, he filed again. Jay claimed Nikki has a drug problem and should be kept away from their son.