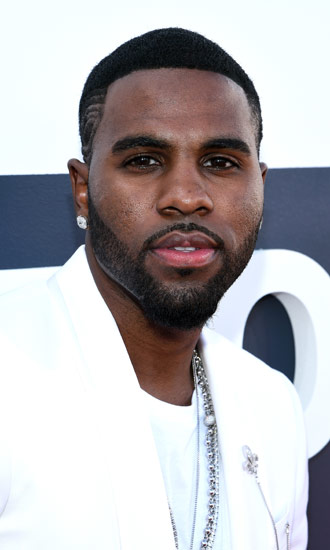 Bio:Jason Derulo (born Jason Joel Desrouleaux in Miami, Florida on September 21, 1989) is an R&B singer-songwriter. In May 2009, he debuted his first single, “Whatcha Say,” which quickly became a huge success. In December, he followed that up with, “In My Head.” In 2010, his first album, Jason Derulo, was released. To date, he has four studio albums, all with huge hits. His most recent songs, “Talk Dirty” and “Wiggle” both became chart-toppers almost instantly. He opened for Lady Gaga in 2009-2010, which kicked off his touring career. In 2010, he opened for Black Eyed Peas. Then he went on his first solo tours in 2010, then another in 2014.

Best Known For:Jason Derulo is best known for his hit songs like “Whatcha Say,” “Talk Dirty,” and of course, his love ballad, “Marry Me.”

Personal Life:Jason Derulo began dating singer Jordin Sparks in 2012. The couple was very open about their relationship via social media and he even featured her in the video for his song in 2013, “Marry Me.” He proposed to her in the music video, prompting many questions about the next steps in their relationship. The pressure eventually drove them apart and they split in September 2104 after three years of dating.