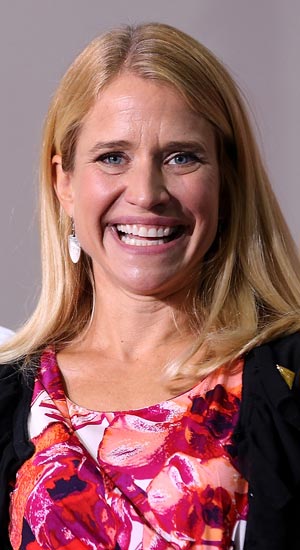 Bio:Janna Ryan (born Janna Christine Little in Madill, Oklahoma in 1969) was born in a very small town in Oklahoma and she graduated from St. Stephen’s Episcopal School and then later studied law at George Washington University. Janna met and fell in love with Paul Ryan at her 30th birthday party, and together they have three kids: Liza, Charles and Sam.

Best Known For:Janna is best known for being married to Paul Ryan. They met at her 30th birthday party in 1999, and Paul proposed in April of 2000 at his favorite fishing spot, called Big St. Germain Lake, in northern Wisconsin. The happy couple were married on Dec.ember 2, 2000 in Oklahoma City, Oklahoma, and 400 guests attended the festive soiree. They ended up honeymooning in the Virgin Islands. They have three kids: Elizabeth, Charles and Samuel.