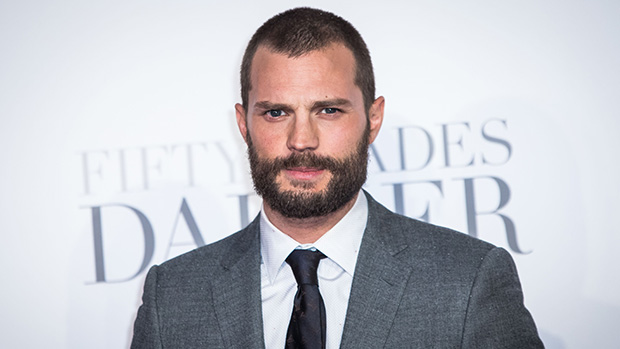 Bio:Jamie Dornan (born James Dornan in Holywood, County Down, Ireland on May 1, 1982) is an Irish actor. After taking up a modeling career, appearing in campaigns for Dior, Abercrombie & Fitch, and Calvin Klein, Jamie returned to acting to appear in a number small box office films.In 2006, Jamie played Axel von Ferson in Sofia Coppola‘s Marie Antoinette.  In Oct. 2013, Jamie starred as Christian Grey in the provocative feature film, Fifty Shades of Grey with Dakota Johnson. In February 2015, it was confirmed that he would reprise his role as the millionaire mogul in the film’s sequel, Fifty Shades Darker. In March 2015, Jamie also announced that he would be appearing in the BBC drama series The Fall. Jamie was recently captured with his 50 Shades co-stars filming in South of France for the third book in the trilogy, 50 Shades Freed.

Best Known For:Jamie Dornan is best known for his role as Christian Grey in 50 Shades of Grey.

Personal Life:Jamie Dornan dated actress Keira Knightley from 2003 to 2005. He married to actress and singer Amelia Warner in April 2013. In November 2013, they had their first child. On Mar. 16, 2016, Jamie and Amelia reportedly gave birth to their second child.