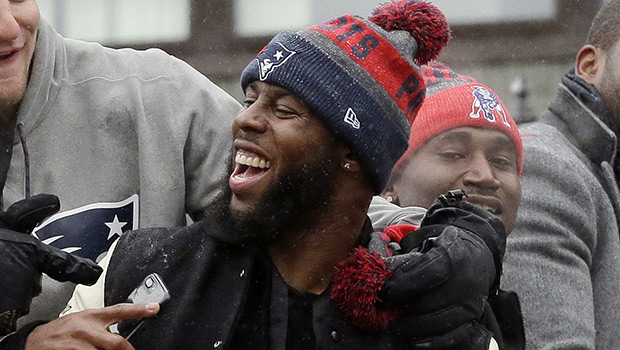 Bio:James White (born James White on February 2, 1992 in Fort Lauderdale, Florida) is an American football running back for the New England Patriots. He attended St. Thomas Aquinas High School. James had many options for college football — such as Clemson, Michigan State, and South Florida — to name a few. The football star chose The University of Wisconsin and went on to play for the team. A good running back, he was named 2010 Big Ten Freshman of the year. After four years at Wisconsin, James was the 4th round draft pic by the New England Patriots during the 2014 NFL Draft. During his rookie season, the running back stayed on the sidelines, but broke loose the next year. He helped lead his team to the Super Bowl LI and was a star during the big game. James broke the record for most receptions in a Super Bowl, joined Roger Craig as the only running back with 100+ receiving yards in a Super Bowl, and most of all, rushed scored the game-winning touchdown in overtime.

Best Known For:James White is best known for being a running back on the New England Patriots.

Personal Life:  James is in a relationship with his college sweetheart Diana Civi. They met at the University of Wisconsin.