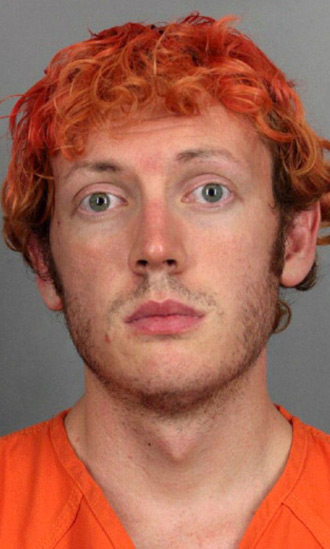 Bio:James Holmes (born James Eagan Holmes in San Diego, California on December 13, 1987) is the suspected shooter in a mass murder that occurred at a midnight showing of The Dark Knight Rises on July 20, 2012. He was raised in San Diego, California and graduated from Westview High School in 2006. He was an athlete in high school, playing soccer and running cross-country. He graduated from the University of California, Riverside, with a degree in neuroscience in 2010. He then enrolled in the PhD program at the University of Colorado Anschutz Medical Campus in Aurora. After poor academic performance, Holmes was in the process of leaving the graduate program. On June 20, 2012, Holmes was accused of entering a movie theater in Aurora, Colorado and shooting people with guns he obtained legally. The incident left 12 people dead and 58 wounded. Holmes first appeared in court on July 23, 2012 and will face formal charges on July 30, 2012. He is currently being held in solitary confinement without bond.

Personal Life:Holmes had Match.com and AdultFriendFinder.com profiles that said, “Will you visit me in prison?”