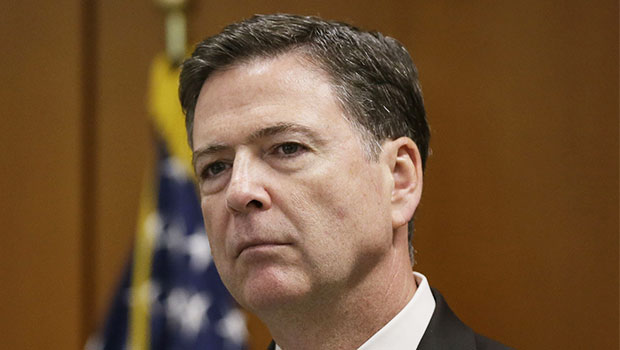 Bio:James Brien “Jim” Comey Jr. (born December 14, 1960 in Yonkers, New York) is the former Director of the Federal Bureau of Investigation (FBI). James was appointed to the position by President Barack Obama in September 2013. While in that role, he ran the investigation into Hillary Clinton‘s email controversy. Many believe that his role in the 2016 presidential election cost Hillary the election. James revealed to the House Intelligence Committee on March 20, 2017 that the FBI was investigating connections between President Donald Trump‘s election campaign and Russia, and possible crimes that may have been committed. James gave a testimony to the Senate Judiciary Committee on May 3, 2017, in which he said that Russia is the “greatest threat of any nation on Earth … One of the biggest lessons learned is that Russia will do this again. Because of 2016 election, they know it worked” and revealed he believes Russia should pay a price for interfering. He was fired from his position on May 9, 2017 by Trump, on the advice of U.S. Attorney General Jeff Sessions and Deputy Attorney General Rod Rosenstein.

Best Known For:James is best known for leading the investigation into Clinton’s email controversy during his time as the Director of the FBI, and his role during the 2016 U.S. presidential election, which is widely believed to have cost Hillary the presidency. James also led an investigation into the possible connection between Trump’s 2016 presidential election campaign and Russia before revealing he did believe Russia had interfered in the 2016 election. James was then fired from his position by Trump on May 9, 2017.

Personal Life:James and his wife Patrice Failor have five children together.