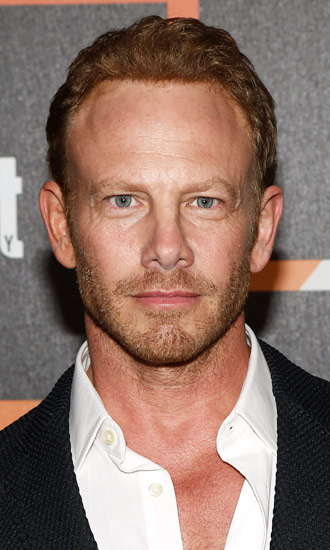 Bio: Ian Ziering (born Ian Andrew Ziering  in Newark, New Jersey on March 30, 1965) is an American actor who rose to worldwide fame for his role as Steve Sanders on Beverly Hills 90210. He made a major comeback with his role as Fin in Syfy’s television movie Sharknado, which became a cultural phenomenon. Ian competed in Season 4 of Dancing With The Stars, making it to the semi-finals with pro dancer Cheryl Burke. In 2013, he performed, as a celebrity guest, with Chippendales.

Best Known For: Ian Ziering is best known for starring as Steve Sanders on the original Beverly Hills 90210, in which he starred from 1990-2000, becoming a heartthrob. In 2013, Ian was cast in Sharknado, and reprised his role in the 2014 sequel.

Personal Life: Ian divorced his wife Nikki Schieler Ziering in 2002, after five years of marriage. In May 2010, Ian married Erin Kristine Ludwig. The couple has two children together. Ian was raised Jewish.