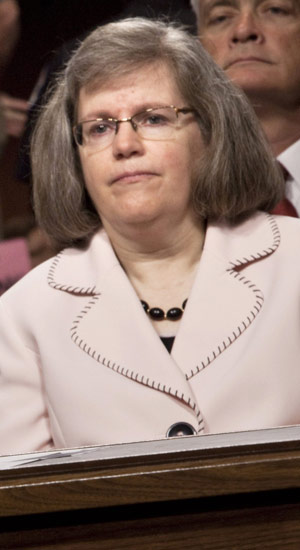 Bio:Holly Petraeus (born Hollister Knowlton, circa 1953) is the wife of former CIA director Gen. David Petraeus. She also holds the position of head of the Office of Servicemember Affairs in the newly created Consumer Financial Protection Bureau, a post she was named to in 2011. She is the daughter of Lt. Gen. William A. Knowlton, former superintendent of the U.S. Military Academy

Best Known For:Mrs. Petraeus is best known for being the wife of Gen. David Petraeus

Personal Life:Holly married Gen. David Petraeus on May 12, 1974. They have a daughter, Anne, and a son, Stephen. It was revealed that David carried on an extramarital affair with his biographer from 2011-2012 on Nov. 9, 2012, the same day he resigned at CIA director.