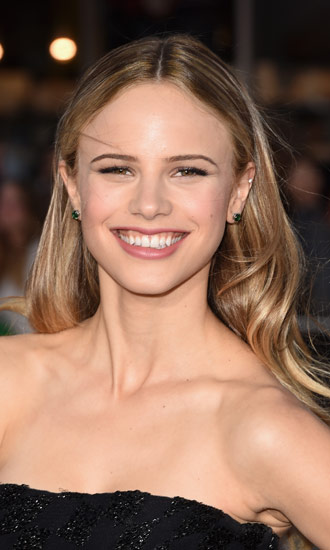 Bio:Halston Sage, born Halston Jean Schrage, is an American actress whose breakout role was playing Grace in Nickelodeon’s TV series How To Rock. More recently, Halston has appeared in The First Time, The Bling Ring, and, most notably, Neighbors, where she met current boyfriend Zac Efron. Halston’s current projects include starring roles in the upcoming films Scouts vs. Zombies, Goosebumps and the film adaptation of the YA novel, Paper Towns.

Best Known For:Halston is best known for playing Grace in Nickelodeon’s 2011 series How To Rock and for playing Brooke in the 2014 film Neighbors.

Personal Life:Halston is currently dating Zac Efron, though the two have not confirmed their relationship as of this writing. Halston was born in LA and has two younger siblings, Max and Kate.