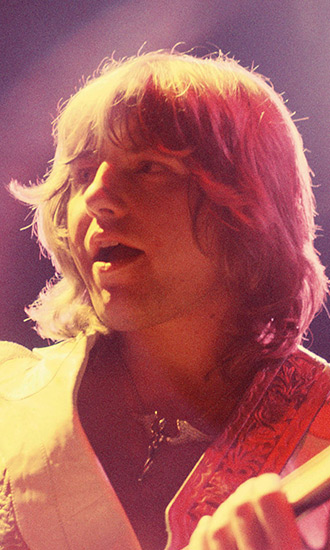 Bio:Greg Lake (born Gregory Lake in Poole, England on November 10, 1947) was an English singer, musician, songwriter and producer. He first learned to play the guitar at age 12 and joined the band King Crimson with his school friend, Robert Fripp. He later joined the progressive rock group Emerson Lake & Palmer. While still a member of ELP, Greg recorded his own solo singles, including “I Believe In Father Christmas,” which was a major top-charting success. He continued to write music throughout the year and in January 2016, he was awarded an honorary degree in music and lyric composition by Conservatorio Nicolini in Piacenza, Italy.

Best Known For:Greg is best known for being a member of the rock group Emerson, Lake & Palmer.

Personal Life:Greg died on December 7, 2016 after a long battle with cancer at the age of 69.