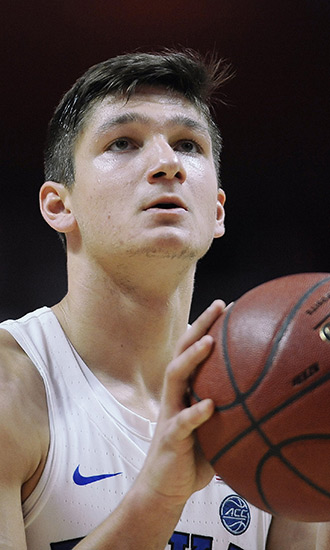 Bio:Grayson Allen (born Grayson James Allen in Jacksonville, Florida on October 8, 1995) had a talent for basketball from a young age. When he played with his brother and neighborhood friends, everyone saw his talent. He played for Providence School in high school before going on to Duke University in 2014.

Best Known For:Grayson is best known for his prowess on the basketball court and now plays for Duke University. He has received backlash for tripping players, which has resulted fouls and an one game suspension.

Personal Life:Grayson grew up an only child until his parents took in his classmate Tonan. The two boys eventually began to call each other “brothers.”