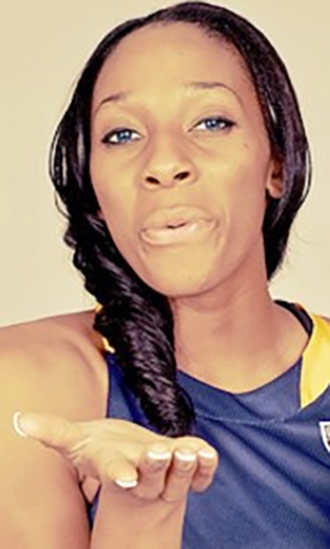 Bio:Glory Johnson (born on July 27, 1990 in Colorado Springs, Colorado) is an American WNBA player. She is currently a forward for the Tulsa Shock. She played college basketball at the University of Tennessee — Knoxville. She was selected by the Tulsa Shock in the first round of the 2012 WNBA draft. She played on the USA Basketball team at the 2011 World University Games. On August 14, 2014, fellow WNBA player Brittney Griner asked Glory to marry her. They got married in May 2015, but separated in June 2015, one day after Glory announced she was pregnant.

Best Known For:Glory is best known for playing WNBA basketball for the Tulsa Shock. She was selected in the first round of the 2012 WNBA draft.