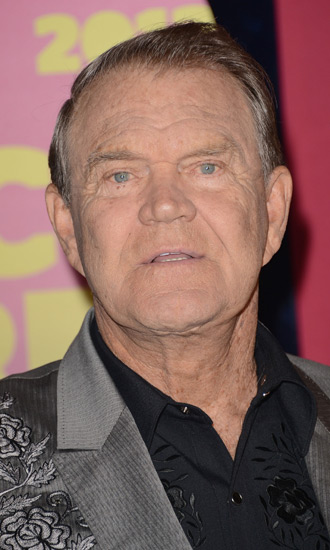 Bio:Glen Campbell (born Glen Travis Campbell in Delight, Arkansas on born April 22, 1936) is an country musician and television host. In the 1960s, Campbell toured with The Beach Boys as a substitute for another band member. He has released over 70 albums over 50 years in the business, and has sold 45 million records. Campbell also has four Grammys in the pop and country categories. At the 2015 Oscars, Glen Campbell was honored by fellow country singer Tim McGraw, who sang a version of Campbell’s song “I’m Not Gonna Miss You”.

Best Known For:Glen Campbell is best known for being a country music entertainer.

Campbell has five sons and three daughters across four different marriages. Cambell is currently married to Kimberly “Kim” Woollen, a former Radio City Rockette. They have three children together: Cal, Shannon and Ashley. From his first marriage, to Diane Kirk, Campbell has a daughter, Debby. He then divorced Kirk and married Billie Jean Nunley, whom with he has three children: Kelly, Travis and Kane. Shortly after divorcing Nunley, he had an affair with and later married singer Mac Davis‘s wife Sarah Barg. Campbell and Barg have one child together, Dillon. They divorced only three weeks after Dillon’s birth. Campbell announced in 2011 that he had been diagnosed with Alzheimer’s disease. His final tour was in 2012, and he has since become a patient at a long-term care facility in order to receive treatment for his disease. Glen Campbell died on August 8, 2017.

‘Pitch Perfect 2’: Does Elizabeth Banks Finally Sing In The Sequel?

Celine Dion’s Kids: Everything To Know About Her 3 Children