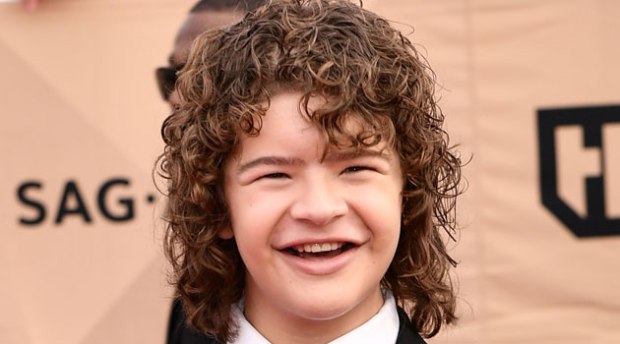 Bio:Gaten Matarazzo (born Gaten Matarazzo in Little Egg Harbor, New Jersey on September 8, 2002) got his first stage part on Broadway in Pricilla, Queen of the Desert in 2011. He also played the beloved part of Gavroche in Les Miserables. He got his first television part on NBC’s The Blacklist in 2015 before he shot to superstardom on Stranger Things.

Best Known For:Gaten is best known for his role as Dustin Henderson in the Netflix hit show Stranger Things.

Personal Life:Gaten was born with a rare genetic disorder called cleidocranial dysostosis. He was born without a collarbone, which affected his skull and facial growth. The disorder is also the reason Gaten only has his baby teeth.