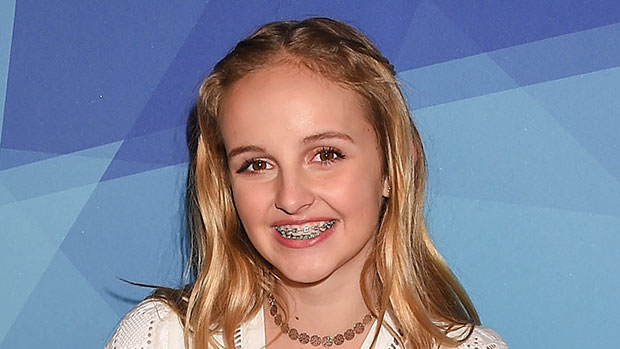 Bio:Evie Clair, 13,(born Evelyn Clair Abplanalp in Florence, Arizona) is an American singer in the finals of America’s Got Talent season 12. She wowed judges with her tragic story of her father’s terminal cancer diagnosis and her amazing voice. In her audition, she sang Christina Perri’s “Arms,” and each judge gave her a yes, sending her to Judge Cuts. Evie then sang Macy Gray‘s “I Try” and was put into the Dunkin Save round during the live results, to get America’s vote. She won the Dunkin’ Save over The Masqueraders and Eric Jones. In Week 1 of the semifinals, Evie performed “Yours” by Ella Henderson. The judges gave her a standing ovation and Simon Cowell choked up, since before the performance Evie announced that her father’s health was rapidly declining. Again, in the Live Results, Evie was put into the Dunkin’ Save, but she was again saved by America’s votes and sent through to the finals. Evie’s dad passed away on September 7, 2017 and as a result, it’s unclear if she will come to the finals or not.

Best Known For:Evie Clair is best known for being a finalist on America’s Got Talent.

Personal Life:Evie Clair is very active in her church, where her father was a bishop. She started playing the piano and singing when she was just two years old and got her performing start as Molly in Annie at the Hale Theater when she was 8 years old. Her father served as a bishop to a number of Mormon churches, and before his passing, was a bishop to the Magma Ranch Ward, where Evie became very involved. Her