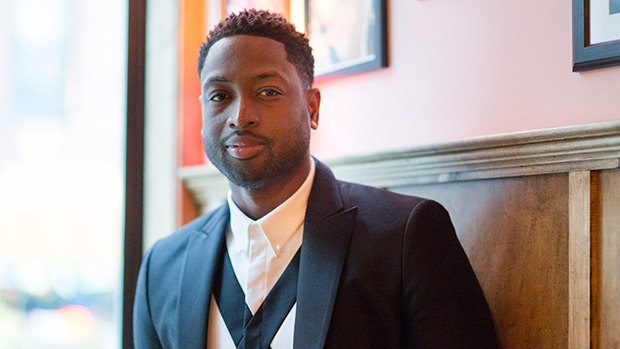 Bio:Dwyane Wade (born Dwyane Tyrone Wade, Jr. in Chicago, Illinois on January 7, 1982) is an American NBA player. He currently plays for the Miami Heat. He was the NBA Finals MVP in 2006. He led the United States’ basketball team at the 2008 Summer Olympics. He won his third NBA championship in 2013 after the Heat defeated the San Antonio Spurs, However, the Heat lost to the Spurs in 2014.

Personal Life:Dwyane married his high school sweetheart Siohvaughn Funches in 2002. They divorced in 2010. He has two children from his marriage to Siohvaughn:  Zaire Blessing Dwyane Wade and Zion Malachi Airamis Wade. He began dating Gabrielle Union in 2009. Dwyane conceived a son with longtime friend Aja Metoyer in 2013, during Gabrielle and Dwyane’s brief split. The NBA player and Gabrielle married on August 30, 2014.