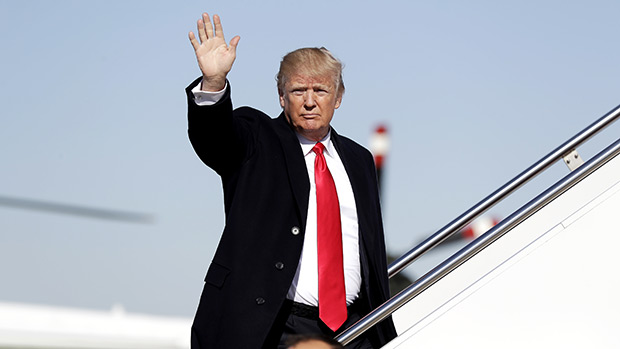 Bio:Donald Trump (born Donald John Trump on June 14, 1946 in New York City, New York) is the 45th President of the United States, American business mogul, television personality and author. Before he became known for saying, “You’re fired,” Donald became famous in the 1980s, when he turned the real-estate business he inherited from his father into an empire. Donald smartly marketed his own image and became an unlikely celebrity, with high-profile marriages and divorces. After almost going bankrupt in the 1990s, “The Donald” made a comeback in 2004, by executive-producing and starring in the NBC reality show, The Apprentice. Donald’s personal life excelled as well in 2005, when he wed Melania Knauss. On June 16, 2015, Donald announced that he would run for President of the United States in 2016. The first months of his campaign were plagued with controversy, as he proposed banning all Muslims from entering the country, that the U.S. should build a wall on the Mexican border (that Mexico would pay for) and that he would, if he could, sleep with his daughter, Ivanka Trump.On Nov. 8, 2016, Trump won the presidential election in a surprise victory against Democratic opponent Hillary Clinton. He was sworn in as the 45th President of the United States on Jan. 20, 2017.

Best Known For:Donald is best known for being the 45th President of the United States and for his role on NBC’s The Apprentice.