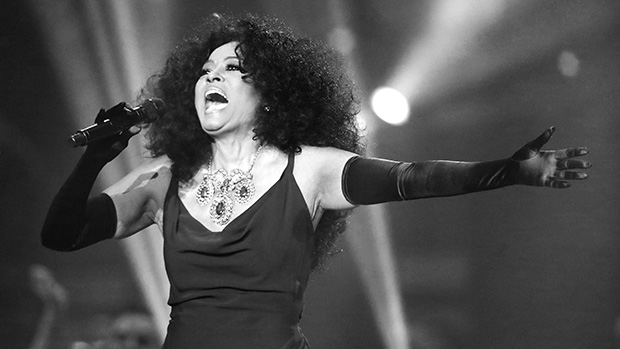 Bio:Diana Ross (born Diana Ernestine Earle Ross in Detroit, Michigan on March 26, 1944) is an American singer, actress, songwriter and producer. She started her tremendous singing career as the lead singer of the Motown group The Supremes, with hit singles such as “You Can’t Hurry Love,” “The Happening,” and more. In May 1970, Diana made her solo debut with an album titled Diana Ross, which featured two of her most top-charting hits “Ain’t No Mountain High Enough” and “Reach Out And Touch [Somebody’s Hand].” She then released two follow-up albums, Everything Is Everything and Surrender. In April 1974, following her solo success, Diana became the first African American woman to co-host the Academy Awards. In 1980, Diana released her most successful album to date, titled Diana, which included her hits “I’m Coming Out” and “Upside Down.” While her solo career was thriving, Diana also dove into acting in 1971, starring in Lady Sings The Blues loosely based on Billie Holiday. She was nominated for both a Golden Globe and an Oscar for her performance, with the soundtrack also becoming just as successful. Her second film Mahogany was also a great film and featured Diana’s own costume designs. She also starred in the movie version of The Wiz. Diana released consecutive albums in 1984 and 1985, which did moderately well, but her following four albums throughout the ’90s were not best sellers. In 2002, after a stint in jail for a DUI, Diana returned to live touring and performing. In 2006, she released her first album in seven years called I Love You. In 2014 Ross went on her  first headlining tour in three years titled the More Today Than Yesterday: The Greatest Hits Tour, which she dedicated to her late friend Michael Jackson. In February 2012, Ross received her first ever Grammy Award for Lifetime Achievement. To this day, she is recognized for her success and tremendous talent, as well as her paving the way for women everywhere.

Best Known For:Diana Ross is best known for being a music industry and pop culture trailblazer. She has had six number one singles, recorded 25 studio albums and 91 total singles throughout her solo career.

Personal Life:Diana was born into a poor family in Detroit, Michigan. In her teenage years, Ross took classes in fashion design, pattern making and worked as a hairdresser for extra income. With the help of neighbor William “Smokey” Robinson, Diana and her group, originally called The Primettes, landed their first record deal. She is still close friends with Smokey to this day. Ross has been married twice and has five children. She first became romantically involved with Motown CEO Berry Gordy, and the affair resulted in her first child Rhonda Suzanne Silberstein in 1971. However, two months into her pregnancy, Ross married Robert Ellis Silberstein, who raised Rhonda as his own. The two went on to have two more children together, actress Tracee Ellis Ross and Chudney Lane Silberstein, before they divorced in 1977. Diana briefly dated Gene Simmons of KISS, before meeting her second husband, Norwegian shipping magnate Arne Næss, Jr. in 1985. The two had two sons together, Evan Olav Ross and Ross Arne. Diana and Arne divorced in 2000 and Arne was later killed in a mountain climbing accident in 2004. Ashlee Simpson is Diana’s daughter-in-law through her marriage to Evan Ross. Barack Obama awarded Diana Ross the Presidential Medal Of Freedom in Nov. 2016.