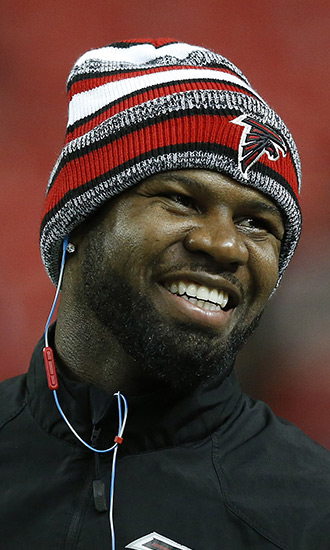 Bio:Devin Hester (born November 4, 1982 in Riviera Beach, Florida) is an American professional football player. He played college football at Miami before entering the 2006 NFL Draft, where he was picked by the Chicago Bears in the second round. Devin was originally drafted as a cornerback, but made an impact as a kick returner and then became one of the Bear’s starting receivers. He holds the NFL record for the most all-time return touchdowns. Devin became a free agent in 2014 and the Bears did not re-sign him. He signed a three-year contract with the Atlanta Falcons in March 2014. He missed a majority of the 2015 season due to a toe injury and was released by the Falcons in July 2016. He agreed to a one-year deal with the Baltimore Ravens in fall 2016, but after failing to return a TD during the 2016 season, he was released. Devin then signed with the Seattle Seahawks on January 3, 2017, to be on their team for the NFL playoffs. He is regarded as one of the best return specialists in the history of the NFL.

Best Known For:Devin Hester is best known for being a professional football player.

Personal Life:Devin was engaged to Tamara James, a professional basketball player for the Washington Mystics, however they called off their engagement. He married Zingha Walcott, an elementary school teacher, in 2010. The couple  has two sons. Devin was raised in a Christian home and brings a Bible to every game.