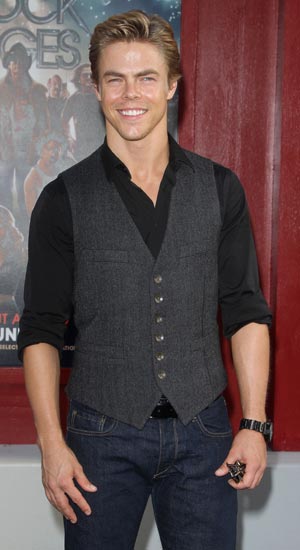 Bio:Derek Hough (born in Salt Lake City, Utah on May 17, 1985) is a dancer, choreographer, musician, and actor. He’s appeared on Dancing with the Stars as a professional dancer, since September 2007, first competing in season five. The only season he didn’t compete in was season 12. He is a three-time champion and one-time finalist. Prior to DWTS, he starred as Ren in the 2006 original cast production of Footloose: The Musical in London’s West End. He made his Broadway debut in January of 2010 in Burn The Floor. Derek announced on July 27, 2012 that his season 15 all-star pairing with Shawn Johnson would be his last, calling it his “last hurrah”.

Best Known For:Competing as a professional partner on Dancing with the Stars since 2007.

Personal Life:Derek is single, but he has previously been linked to Lauren Conrad, Cheryl Cole, and Katherine Jenkins. He and Nina Dobrev briefly dated in the fall of 2013.