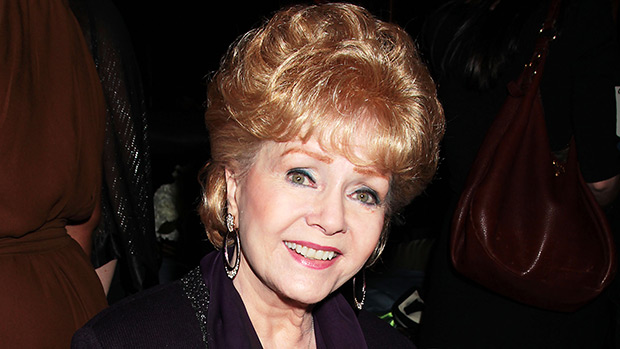 Bio:Debbie Reynolds (born Mary Frances Reynolds, in El Paso, Texas, on April 1, 1932) is an American actress, singer, and dancer. She started acting at age sixteen, but it was in her early 20’s that her career took off.  Her first leading role at age 20 was Singin’ in the Rain, which put her on the path to fame. She starred in a string of movies in the mid 1950’s, including Susan Slept Here, Bundle of Joy, Tammy and the Bachelor, How the West Was Won, and The Unsinkable Molly Brown. In 1973, Debbie was nominated for the Tony Award for Best Actress in a Musical for her performance in Irene. She was presented with the Lifetime Achievement Award at the 21st SAG Awards on Jan. 25, 2015. Debbie Reynolds died on Dec. 28, 2016, after suffering from a stroke — just one day after her daughter, Carrie Fisher, died.

Best Known For:Debbie is best known for an actress and singer.

Personal Life:Debbie has been married three times. Her first marriage was to singer Eddie Fisher in 1955 and they had two children, a son and a daughter. The marriage ended after a scandalous relationship between Eddie and Elizabeth Taylor went public. She then married Harry Karl, which lasted from 1960 to 1973. Her third and final marriage was real estate developer Richard Hamlett from 1984 to 1996. Most of the money she makes is spent toward her goal of creating a Hollywood museum.

‘Teen Mom OG’ Recap: Catelynn & Tyler Get Into A Huge Fight As They Contemplate Having More Kids