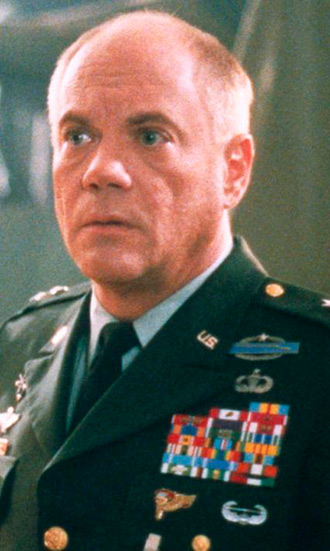 Bio:Daniel von Bargen (born in Cincinnati, Ohio on June 5, 1950) was an American film, TV and stage actor. He was widely recognized for his role as Mr. Kruger on Seinfeld and Commandant Edwin Spangler on Malcolm in the Middle. He appeared in films such as Basic Instinct, Philadelphia, O Brother, Where Art Thou? and Super Troopers. On Feb. 20, 2012, Daniel shot himself in the head in an apparent suicide attempt. The actor was already suffering from diabetes and had one leg amputated. Daniel died on March 1, 2015 due to complications from diabetes.

Best Known For:Daniel is best known for his small roles on Seinfeld, The West Wing and Malcolm in the Middle.

Personal Life:Daniel shot himself in the head on Feb. 20, 2012 and survived. He had one leg amputated as a result of his diabetes diagnosis. He died on March 1, 2015 of complications from diabetes.

Amanda Grace Benitez: Why It Was So ‘Incredible’ To Have A Female Director For ‘The Ranger’