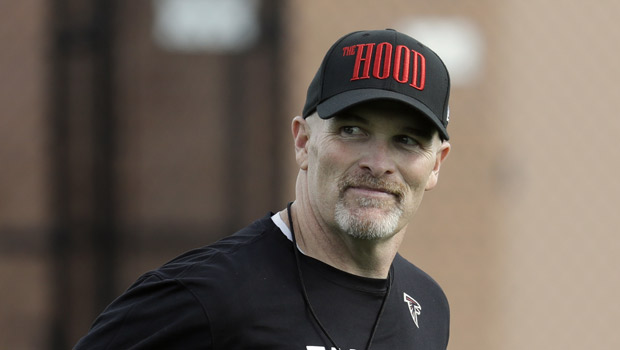 Bio:Dan Quinn (September 11, 1970 in Morristown, NJ) is an American professional football coach in the NFL. Dan played high school football at Morristown High school before going to Salisbury University, where he was a defensive lineman from 1990 to 1993. He also was a four-year started in tack and field. He began his coaching career at William & Mary in 1994. Dan’s first professional coaching gig was with the San Francisco 49ers in 2001. He went on to coach for the Miami Dolphins, New York Jets and Seattle Seahawks. In 2015, Dan became to head coach of the Atlanta Falcon. He brought the Falcons to their second ever franchise Super Bowl appearance in 2017.

Personal Life:Dan Quinn has been married to Stacey Quinn for 20 years. They run a charity called “Quinn’s Corps” to support military families.