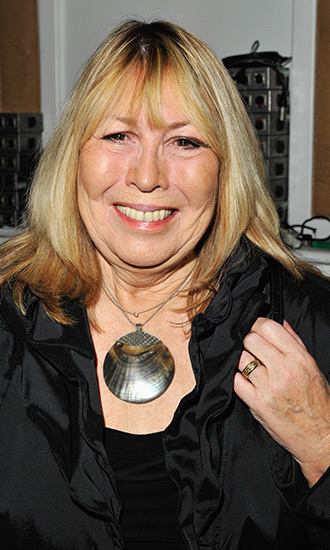 Bio:Cynthia Lennon (born Cynthia Powell on September 10, 1939 in Blackpool, Lancashire, England) was the former wife of musician, John Lennon, and mother of Julian Lennon. Cynthia grew up middle-class in Northern England. After graduating Junior Art School, she enrolled in the Liverpool College Of Art where she first met John in a calligraphy class. The two began dating in 1958. After four years together, Cynthia discovered she was pregnant and the two wed in August 1962. Their son, Julian, was born in April 1963. As Beatlemania spread across the world, John and Cynthia’s marriage was initially hidden from the press. John and Cynthia had a rocky marriage, plagued by John multiple infidelities. In 1968, Cynthia filed for divorce after learning that John had impregnated Yoko Ono. Cynthia would spend the following decades on the fringe of Beatles culture. She opened a Beatles themed restaurant in 1989 and wrote two biographies of her times with John: A Twist Of Lennon in 1978 and John in 2005. On April 1, 2015, she passed away from cancer at her home in Majorca, Spain with her son by her side.

Best Known For:Cynthia is best known for being the first wife of John Lennon and the mother of Julian Lennon.

Personal Life:Cynthia married Italian Hotelier Roberto Bassanini in 1970. They divorced in 1973. She married John Twist, an engineer, in 1976 but divorced in 1983. She would be involved with her business manager and partner Jim Christie, from 1981-1998. In 2002, she married Noel Charles, a night club owner.