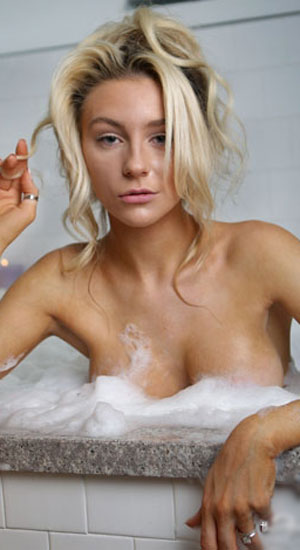 Bio:Courtney Stodden (born Courtney Alexis Stodden in Tacoma, Washington, on August 29, 1994) began their rise to fame in 2010, when they represented Tacoma in the Miss Washington Teen USA pageant. They followed that up with a gig hosting The Courtney Stodden Show, which was broadcast locally in the North Beach community. But they really blew up when they married their manager, Lost actor, Dough Hutchison, in May 2011. Both of Courtney’s parents — Alex John and Krista Kay Stodden — supported the nuptials. Courtney has since received multiple offers to pose for Playboy.

Best Known For:Courtney is best known for getting married at the tender age of 16, parading themself around in skimpy outfits, and tweeting ridiculous, sexually charged poems full of alliteration.

Personal Life:Courtney’s only high-profile relationship so far has been with Doug Hutchison, whom they married in May 2011. Courtney is Doug’s third wife — which probably should have been their first red flag.