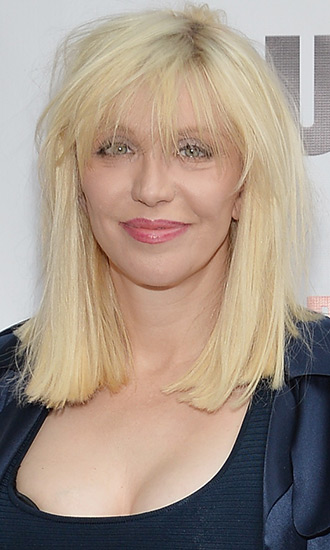 Bio:Courtney Love (born Courtney Michelle Harrison on July 9, 1964 in San Francisco, California) is an alternative rock singer/songwriter and musician. She rose to fame by joining the punk and grunge scenes in the 1990s, then became an alternative music icon. Love is famous for her bold lyrics and unrestrained stage presence, as well as her marriage to Nirvana’s Kurt Cobain. Love was the frontwoman of the alternative rock band Hole and has been nominated for multiple Grammy Awards. Love is currently touring with Lana Del Rey on the Endless Summer Tour.

Best Known For:Courtney Love is best known for being a musician and the widow of Kurt Cobain.

Throughout her life, Love has suffered from substance abuse problems. After several drug-related arrests, a suicide attempt and violations of probation, Love went to a lock down rehab facility and has been sober since 2007. Love was married to musician James Moreland for only a few months before filing an annulment, and later became involved with Cobain after they met at a concert. Love has a daughter with Cobain named Frances Bean. As an activist, Love often speaks out on sexual abuse, domestic violence, AIDS and LGBT rights.

Kendall Jenner Has ‘Serious’ Feelings For Devin Booker: She’s ‘Happy’ & ‘Proud’ To Be Dating Him