The CMT Music Awards red carpet was full of so many looks, but some missed the mark fashion wise. These were the wackiest dressed stars in Nashville! Take a look at the photos and see for yourself!

When it comes to talking about the wackiest dressed celebs on the CMT Awards red carpet, we have to start with country singer Earl Dibbles Jr. The artist decided to not wear a suit to the formal event, but a pair of overalls. His overalls were held on with only one strap. He paired his denim overalls with a white tank top, boots, and a hat. He took country to a whole new level! Yee haw!

Another look that turned heads was Younger’s Nico Tortorella’sred carpet look. He hit Nashville in a mustard velvet suit with a matching hat. While Nico can rockanylook, this is definitely in wacky territory. But to each their own! Nico currently stars on TV Land’s Younger, which just got renewed for season 6.

Nashville’s Clare Bowenkept things super simple in a white lace dress. A little too simple. The dress was giving off major bohemian vibes. Meghan Linsey’s wore a blue, green, and pink sequined dress that was all over the place. Paired with her bright orange hair, the look definitely missed the mark. 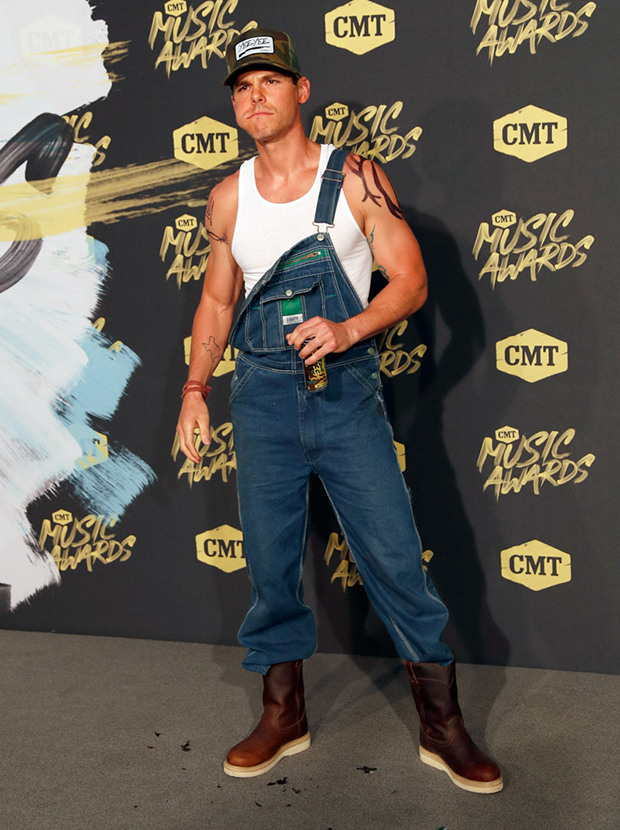 Last year, some of the stars whose looks weren’t exactly stellar included Rachel Bilson, Brandi Cyrus, Hillary Scott, and Lauren Alaina. Fashion is always a risk, so we applaud these stars for wearing something outside the box. Plus, there’s always next year! Check out more of the wackiest looks of the night in our gallery now!