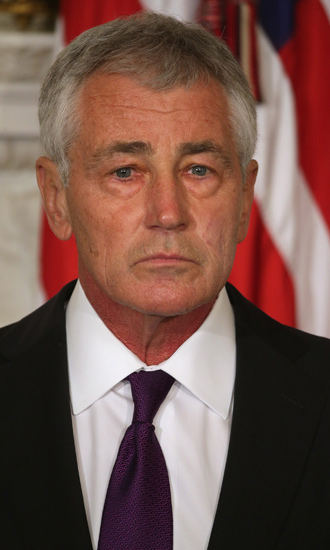 Bio:Chuck Hagel (born Charles Timothy Hagel on Oct. 4, 1946 in North Platte, Nebraska) has done everything from serving in the army, to creating a mobile phone service carrier. In 1996, Chuck became the first Republican senator of Nebraska in 24 years. In 2008, he retired from the U.S. Senate and wrote a book called America: Our Next Chapter: Tough Questions, Straight Answers, in which he suggested the country adopt an independent leadership.

Best Known For:In Jan. 2013, President Barack Obama nominated Chuck as the next Defense of Security at the White House. However, less than 2 years later, Chuck resigned from the position in Nov. 2014 — allegedly because of pressure from the Obama administration.

Personal Life:Chuck married his first wife, Patricia Lloyd, in 1979. The relationship fizzled out quickly, and in 1981 they separated. A year later, they finalized their divorce. Three years later Chuck married his second wife, Lilibet Ziller, and they have two children together: a daughter named Allyn, and a son named Ziller.