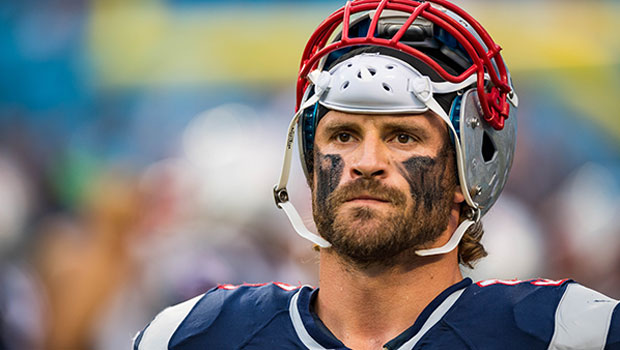 Bio:Chris Long (born Christopher Howard Long in Santa Monica, California on Mar. 28, 1985) is an American football defensive end, who currently plays for the New England Patriots. Chris originally played at the collegiate level for the University of Virginia. Chris’ #91 college jersey was retired at UVA, making it the first time the school had ever retired a jersey while a player was active. Following his senior season for UVA in 2007, Chris was recognized as a unanimous All-American team pick. In 2008, he was drafted as the second overall pick in the NFL Draft to the St. Louis Rams. He reportedly agreed to the terms of a six-year, $56.5 million contract. During his time with the Rams, he was named Sports Illustrated’s NFC Defensive Player of the Week in 2011 and was voted the 2011 Defensive Lineman of the Year by the NFL Alumni. After suffering from an ankle injury in 2013, Chris missed two months of his 2014 season. He played 12 games in 2015 before he was released by the Rams in Feb. 2016. In Mar. 2016, Long signed a one-year deal with the Patriots. Chris helped lead the team to finish with a 14-2 regular season and win the AFC Championship. On Feb. 5, 2017, the Patriots won the Super Bowl game against the Atlanta Falcons. It was Chris’ first Super Bowl ring.

Best Known For:Chris Long is best known for playing on the defensive line for the New England Patriots. He is also a first-time Super Bowl winner.