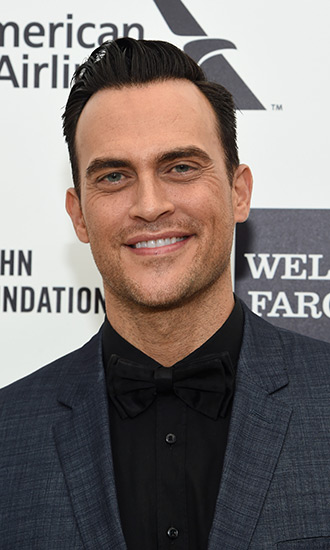 Bio:Cheyenne Jackson (born on July 12, 1975 in Spokane, Washington) is an American actor and singer. He has starred in a variety of Broadway musicals, and appeared in several film and television roles. He has also performed in concerts and on music recordings. Jackson’s Broadway credits include the shows All Shook Up, Xanadu, Finian’s Rainbow and The Performers. On the television side, Jackson has had roles in Glee, 30 Rock and American Horror Story. Jackson has released two studio albums, and has had multiple singles. Jackson currently stars on American Horror Story and will have roles in the upcoming movies Opening Night, A Beautiful Now, Day Out of Days and Bear with Us.

Best Known For:Cheyenne Jackson is best known for his role as Danny Baker on 30 Rock and for being a Broadway performer.

Jackson first married physicist Monte Lapka in 2011. They divorced in September 2013. One month after their divorce, Jackson began dating actor Jason Landau. They announced their engagement in February 2014, and married in September that year. As an activist, Jackson supports LGBT rights and is an international ambassador for amfAR, The Foundation for AIDS Research.