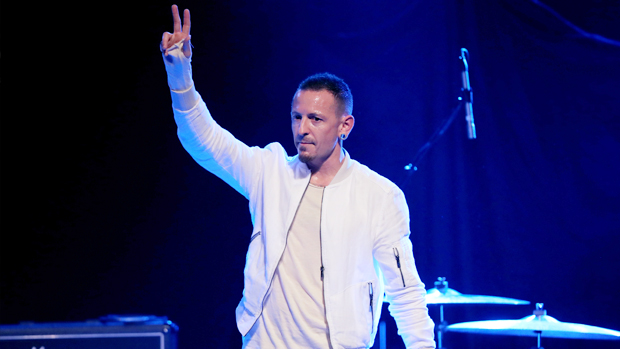 Bio:Chester Bennington (born March 20, 1976) was an American singer and songwriter, known as the frontman of the band Linkin Park. He first started singing in a band called Sean Dowdell and His Friends? in 1993. He moved on to form a new band called Grey Daze that released three albums from ’93 to ’97 until Chester left the group in 1998. He was frustrated and unable to find a band to join until Jeff Blue, the BVP of A&R at Zomba Music in LA offered him an audition with Linkin Park. Chester quit his day job at a digital services firm and successfully joined Linkin Park, but the group failed to find a record deal. Jeff Blue became the VP of A&R at Warner Bros. and helped the band sign with WBR. In 2000, the band released their debut album, Hybrid Theory. They went on to release Reanimation, Meteora, Minutes To Midnight, A Thousand Suns, Living Things, Recharged, The Hunting Party and collaborated with Jay-Z and Steve Aoki. Linkin Park released their most recent album One More Light on May 19, 2017, just two months before Chester died. Chester died by apparent suicide on July 20, 2017.

Best Known For:Chester Bennington was best known as the frontman of the band Linkin Park.

Personal Life:Chester took interest in music at a young age. His parents divorced when he was 11 years old, which led Chester to pick up bad habits at a young age, included cocaine, weed, and LSD usage. At the age of 17, he moved in with his mom and was banned from leaving the house. He worked at Burger King when he was young and has said in interview that he was physically bullied throughout high school. Chester has a child, Jaime (born May 12, 1996) from his relationship with Elka Brand. In 2006, he adopted Brand’s other son, Isaiah. He married his first wife, Samantha Marie Olit on October 31, 1996, and they went on to have one child together. Their relationship declined during his early years in Linkin Park and they divorced in 2005. In 2006, Chester married Talinda Ann Bantley, a former PlayBoy model. They had three children together — Tyler Lee, Lilly and Lila. Chester’s death came as a huge shock, especially because it was two months after his close friend Chris Cornell committed suicide in the same fashion and was on what would have been Chris’s birthday. Chester sang Leonard Cohen‘s “Hallelujah” at Cornell’s funeral and his bandmates noted that he was inconsolable when performing in his honor. He died at his home in Palos Verdes Estates, CA and was found by his housekeeper.