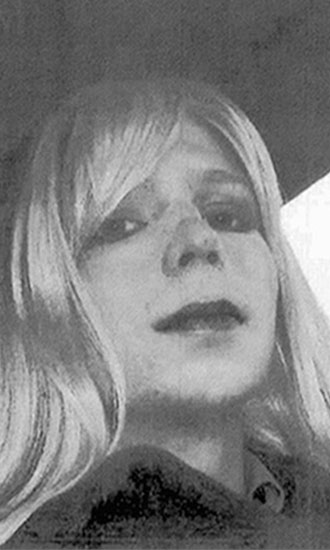 Bio:Chelsea Elizabeth Manning (born Bradley Edward Manning on December 17, 1987) is a United States Army soldier who was convicted of violating the Espionage Act and other offenses, after disclosing nearly 750,000 military and diplomatic documents to WikiLeaks. In Aug. 2013, she was sentenced to 35 years in prison, and was dishonorably discharged from the Army. Miraculously, President Barack Obama commuted the bulk of Chelsea’s sentence on Tuesday, Jan. 17, 2017. Chelsea will now be released from prison on May 17, 2017, having only served 7 years of her sentence.

Best Known For:Chelsea Manning is best known for leaking 750,000 military documents to Wikileaks, and then being sentenced to 35 years in prison.

Personal Life:Through much of her life, including her time in the Army, Chelsea Manning was known as Bradley Manning. She was diagnosed with gender identity disorder while in the Army, and she now identifies as a transgendered woman.