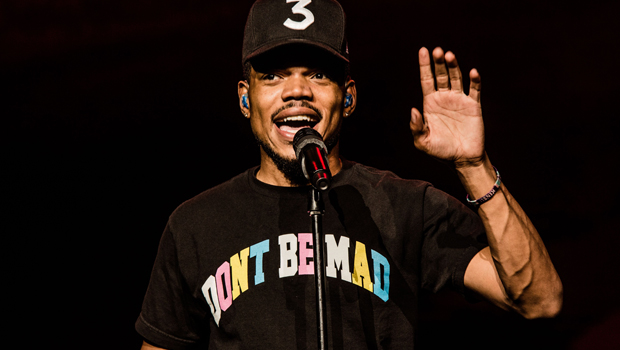 Bio:Chance The Rapper (born Chancelor Bennett on April 16, 1993 in Chicago, Illinois) is an American rapper. Growing up in the middle-class neighborhood of West Chatham in Chicago’s South Side, Chance was surrounded with the city’s hip-hop culture. He performed in talent shows from pre-school to high school. While attending Jones College Prep High School, he formed the hip-hop duo Instrumentality with a friend. During that time, he recorded his first full-length project, a mixtape called 10 Day. The single, “Windows,” gained a buzz and in 2012, Complex named him one of “10 New Chicago Rappers To Watch Out For.” In 2013, he released his second mixtape, Acid Rap, which received praise from fans and critics alike. It debuted at No. 63 on the Billboard Top R&B/Hip-Hop Albums due to bootleg downloads and it made multiple Top 50 albums of the year in 2013. In 2014, Donnie Trumpet & The Social Experiment, a group of bohemian musicians (including Chance) released their album Surf. 2015 saw Chance release a video for his song, “Family Matters,” which was a remix of Kanye West’s “Family Business.” Chance and Yeezy would work together on Kanye’s The Life Is Pablo. In May 2016, Chance was set to release his third mixtape, Chance 3.

Best Known For:Chance the Rapper is best known as an American rapper, for his mixtapes 10 Days, Acid Rap and Chance 3.