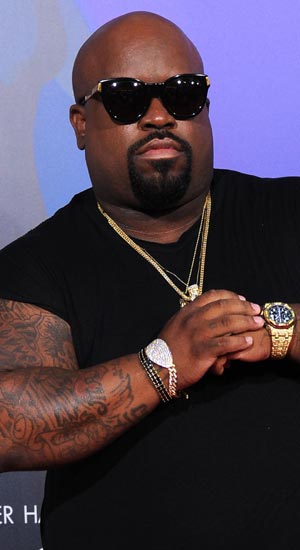 Bio:Cee Lo Green (born Thomas DeCarlo Callaway in Atlanta, Georgia, on May 30, 1974) is a singer, rapper, producer, actor and most recently, a television personality. Know for his eccentric flair, both in his music and style, Cee Lo was first bitten by the performance bug in church. He became a household name when he and Danger Mouse formed the musical duo, Gnarls Barkley, and brought “Crazy” into our lives. In April 2011, Cee Lo became a judge/mentor on the U.S. version of The Voice, NBC’s hit singing competition series. He has also used his fame to garner guest-starring roles on several TV shows, including Nickelodeon’s How To Rock and NBC’s Parenthood.

Best Known For:Cee Lo Green is best known for being one half of the musical duo Gnarls Barkley, as well as being a judge/mentor on NBC’s The Voice.