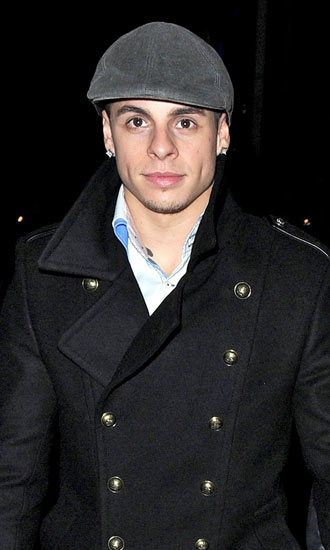 Bio:Casper Smart (born Beau “Casper” Smart in Anaheim, California, on April 6, 1987) is an actor, dancer and choreographer. During his career, which skyrocketed when he was just 20 years old, he has performed on TV shows, including Glee, So You Think You Can Dance and The X Factor. He has also appeared in movies, including Step Up: 3D and Alvin & The Chipmunks: The Squeakquel. He has toured and danced with countless artists including Jennifer Lopez, Nicki Minaj, Flo Rida, Sean Paul, Toni Braxton, Natasha Beddingfield, Kelly Rowland and more. He has choreographed for artists including Beyonce, Eminem, Mike Posner, Wisin y Yandel, and Alexandra Burke.

Best Known For:Though he’s best known for his high-profile relationship with Jennifer Lopez, Casper first made a name for himself as a dancer on stage and screen.

Personal Life:Casper is, and always has been, very close to his family. Casper has an older brother, Brandon, who is in the Marines, and three younger sisters Brooklyn, Bailey, and Bree, who grew up in same house. He also has a younger half-brother named Cory. Casper began dating Jennifer Lopez shortly after she split from then-husband Marc Anthony, but they later split for good in 2016.

The Sculpt Society: Get Toned With Megan Roup’s Celeb-Approved Workout That You Can Do On Vacay