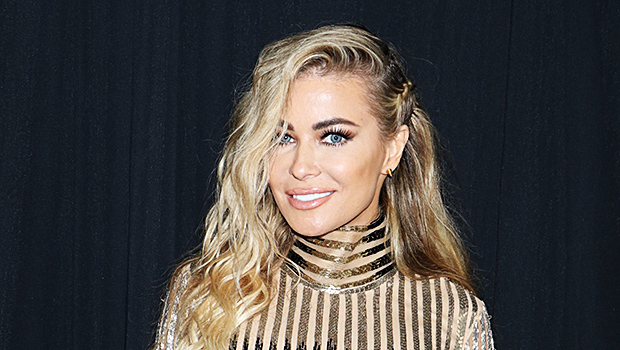 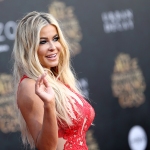 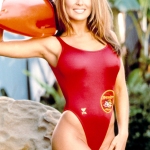 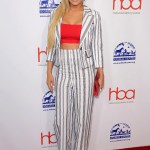 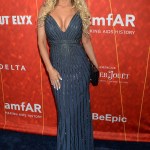 Bio:Carmen Electra (born Tara Leigh Patrick in Sharonville, Ohio on April 20, 1972) is a American glamour model, actress, television personality, singer and dancer. She started as singer in Minneapolis, MN where she met Prince, who produced her first album. It was while working with Prince that she became known as Carmen Electra. She later moved to Los Angeles and started working in television in 1995. In 1996 she appeared in her first Playboy spread, and would go one to appear in the magazine four other times– in 1997, 2000, 2003, and 2009, appearing on the cover three of those times. It was the notoriety from her Playboy pictorial that got her cast on Baywatch. She appeared on the hit show 1997–1998, as Lani McKenzie. She would later take over for Jenny McCarthy on the MTV dating show, Singled Out. Carmen appeared in the films American Vampire and Good Burger in 1997. She also was the face of Max Factor cosmetics, appearing in their commercial and print ads, the same year. In 2007 she penned her first book, How to Be Sexy.

Best Known For:Carmen is best known for her role as Lani McKenzie on the television series Baywatch, her Playboy appearances and movie roles.

Personal Life:Carmen was married to NBA star Dennis Rodman for nine days in November 1998. Dennis filed for an annulment claiming he was of “unsound mind” when they wed. In 2003 she married Dave Navarro, lead guitarist for the band Jane’s Addiction. They split in 2006 and the divorce was finalized in 2007. April 2008, it was confirmed that she was engaged to Rob Patterson, a member of the metal band Otep and hard rock band Filter. They never married and broke up in 2012. Carmen briefly dated Simon Cowell from 2012-2013.