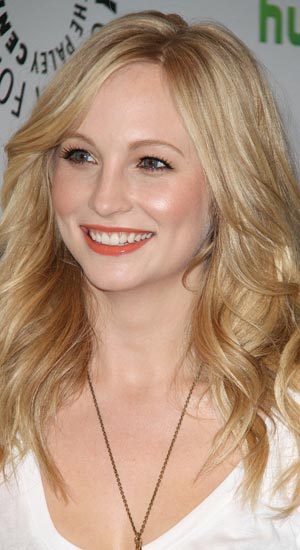 Bio:Candice Accola (born Candice Rene Accola in Houston Texas on May 13, 1987) is an American actress and singer. She is best known for playing Caroline Forbes on The Vampire Diaries. She won a 2012 Teen Choice Award for Scene Stealer Female in The Vampire Diaries. Her other television credits include How I Met Your Mother, Supernatural, Greek, Drop Dead Diva, and Dating Rules From My Future Self. Her film credits include Juno, Deadgirl, and On The Doll. She sings background vocals for Hannah Montana: The Movie and Hannah Montana & Miley Cyrus: Best of Both Worlds Concert. She sings under the stage name Candice.

Personal Life:Candice Accola dated celebrity photographer Tyler Shields from 2009-2010. In 2010, she dated Vampire Diaries costar, Steven R. McQueen. She also dated Vampire Diaries costar Zach Roerig from 2011-2012. In May 2013 she got engaged to The Fray’s Joe King — the two married on October 18, 2014. He already had two children of his own, and in August 2015, Candice revealed she was pregnant with her first.