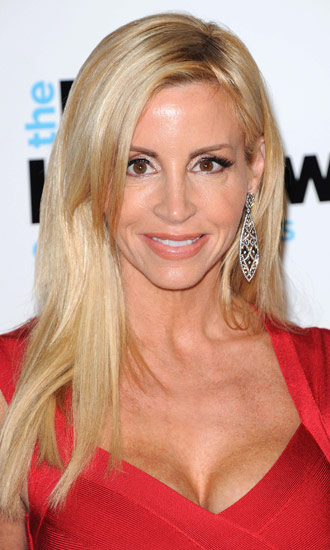 Bio:Camille Grammer (née Donatacci; born September 2, 1968 in Newport Beach, California) is an American reality star. Having starred on the first two seasons of The Real Housewives of Beverly Hills, she is now a background player on the series. Camille first found fame as a dancer on Club MTV in the 1980s, model, actress, and from marrying Hollywood actor, Kelsey Grammer, in 1997. She worked as a producer and writer for their company, Grammnet Productions.

Best Known For:Camille is best known as Kelsey Grammer’s ex-wife and star of The Real Housewives of Beverly Hills.

Personal Life:Camille was married to Kelsey from 1997-2011. They have two children together, both born via a surrogate mother. Camille filed for divorce in 2011, seeking primary physical custody of their two children. Camille is now dating Dimitri Charalambopoulos.

Patrick Renna Reveals The Latest About ‘The Sandlot’ Series & More: ‘I Love The Storyline’