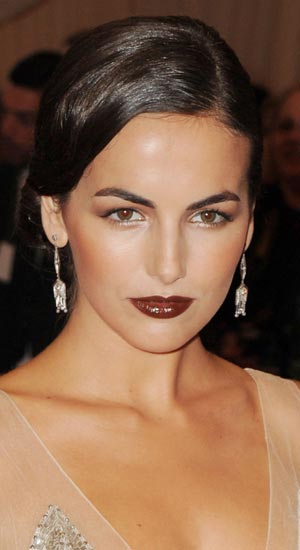 Bio:Camilla Belle (born Camilla Belle Routh in Los Angeles, California on October 2, 1986) is an American actress. She made her professional debut in a print ad, at nine months old. In 1993, when she was five, she was cast as a lead in her first film, a TV-movie called Trapped Beneath the Earth. She earned a 1999 Youth in Film Young Artist Award nomination for her appearance as a young Sandra Bullock in Practical Magic. Her first lead role was in Rip Girls, a Disney Channel original movie made in 2000. Since then, she’s appeared in many films, including The Quiet, When a Stranger Calls, 10,000 BC, and Push.

Perhaps best known for her international film roles, some of her well-known film credits also include The Ballad of Jack and Rose and From Prada To Nada. Her television credits include Walker, Texas Ranger and Replacing Dad. She has lent her Brazilian background and fluency in Portuguese and Spanish to many projects, including the 2009 film, A Deriva. She was also the face of Vera Wang’s Princess fragrance campaign.

Best Known For:Camille Belle is best known for her international film roles, like 10,000 BC and When A Stranger Calls, and for dating Joe Jonas, of the Jonas Brothers.

Personal Life:After starring in the Jonas Brotherss music video for “Lovebug” in 2008, Camilla Belle began dating Joe Jonas. The pair split in 2009. She had been previously linked to British actor Tom Sturridge. In October 2012, it was reported that she and Tim Tebow had begun dating but they broke up after a couple of months.