Okay, Camila Cabello. We see you! The ‘Havana’ singer slayed on the 2018 AMAs red carpet in a corset top and black pants. Forever obsessed with this super sexy look!

Camila Cabello, 21,strutted her stuff in a fierce outfit at the 2018 American Music Awards. The starlet sizzled on the AMAs red carpet in a black sparkling corset top and black pants. She accessorized with jewelry fromBvlgari High Jewelry and Iconic Serpenti Collection. Her hair fell loosely around her face. Camila’s look was simple but super sexy. We love how Camila is always switching things up on the red carpet!

Camila is up for five nominations at the 2018 American Music Awards. The is her first set of nominations as a solo artist. She’s nominated for big awards like Best New Artist and Best Pop/Rock Artist. Camila will also be performing during the 2018 ceremony. Shewill perform a song from her first studio album,Camila.Her bestie Shawn Mendes will be performing with Zedd. 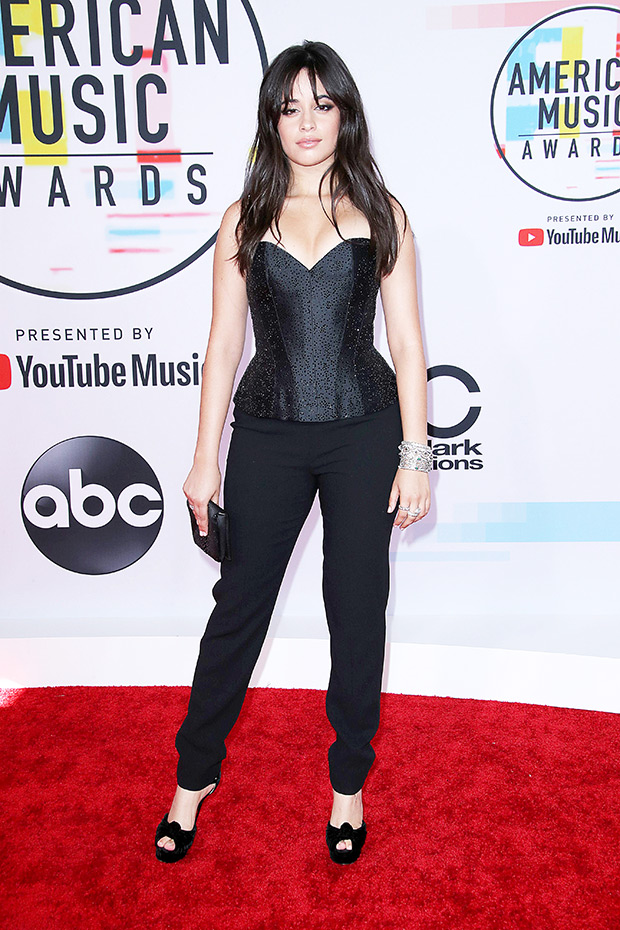 Just one day before the American Music Awards, Camila dropped an epic orchestral version of “Consequences.” The music video, which is set to drop Oct. 10, will feature hottie Dylan Sprouse, Riverdale star Cole Sprouse’s twin brother. Camila has been giving us music non-stop this year, and we are truly blessed because of it. She’s also been touring with Taylor Swift on the singer’s reputation tour, along with Charli XCX. Taylor will be opening up the 2018 American Music Awards with her hit song “I Did Something Bad.”

Later this year, Camila will be among the artists who will perform during the 2018 iHeartRadio Jingle Ball tour. Shawn, Cardi, Calvin Harris, Alessia Cara, Bebe Rexha, Meghan Trainor, and more will also hit the stage. Camila can’t stop, won’t stop!