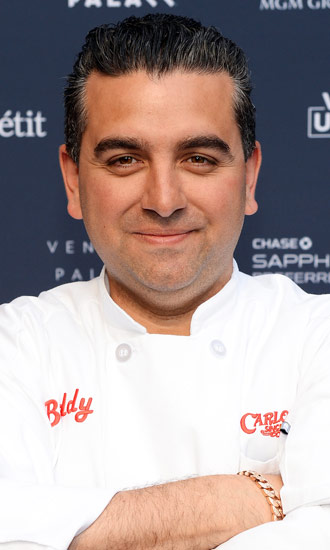 Bio:Buddy Valastro (born Bartolo Valastro, Jr. in Hoboken, New Jersey on March 3, 1972) is an American reality personality and celebrity chef who stars on the show Cake Boss, which follows his family business. Buddy is the head baker (“Cake Boss”) at Carlo’s Bakery, which has five locations in New Jersey and another in Las Vegas. He is also the face of Buddy V’s, his event planning and catering company.

Best Known For:Buddy is best known for the hit reality show, Cake Boss, which premiered on TLC in 2009.

Personal Life:Buddy lives in New Jersey with his wife, Lisa Valastro, and four kids. He took over his father’s position at age 17, as head chef at Carlo’s Bakery, when he passed away in 1994. On November 13, 2014, Buddy was arrested for drunk driving in Manhattan.

Angelina Jolie’s Son Pax, 17, Is Nearly Taller Than Her As They Bond On Night Out Together