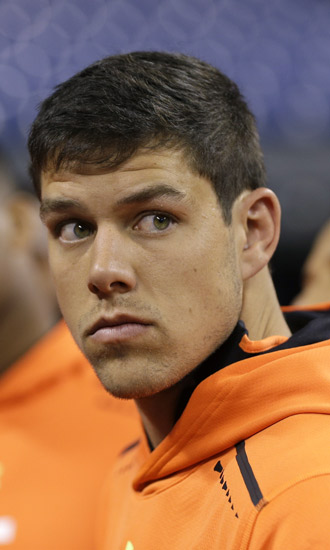 Bio:Bryce Petty (born May 31, 1991 in Thomaston, GA) is an American football quarterback for the New York Jets. Bryce attended Baylor University where he played football for four years. He was selected by the New York Jets in the fourth round of the 2015 NFL Draft. Throughout the 2015 season, Bryce served as the third-string quarter back. On November 6, 2016, Bryce debuted his first regular season game of 2016 after QB Ryan Fitzpatrick was injured. In the game against the Miami Dolphins, Bryce was a standout even though the Jets lost 27-23. On Dec. 6, 2016, he was named as the starter for the final four games of the season. He assisted in an overtime victory against the 49ers after trailing 17-3 at halftime.

Best Known For:Bryce Petty is best known as a QB on the NY Jets.

Personal Life:Bryce Petty is a member of the Chickasaw Nation. He went to Midlothian HS in Texas, where he played football and ran track. He competed in throwing games.