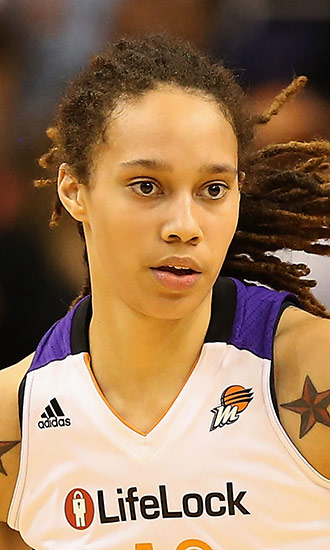 Bio:Brittney Griner (born Brittney Yevette Griner on October 18, 1990 in Houston, Texas) is an American WNBA player. She is currently a center for the Phoenix Mercury. She played college ball at Baylor University. She was the first NCAA basketball player to ever score 2,000 points and block 500 shots. She was named the nation’s number one high school women’s basketball player by Rivals.com. In an interview with SI.com in 2013, Brittney came out as a lesbian. On August 14, 2014, she asked fellow WNBA player Glory Johnson to marry her. They exchanged vows on May 8, 2015. Then, on June 4, 2015, the couple announced they were expecting a baby, but one day later, Brittney filed for an annulment.

Best Known For:Brittney is best known for her expert basketball skills. She was the first NCAA player to score 2,000 points and block 500 shots. She is in her second season with the Phoenix Mercury.

Halsey Honors Juice Wrld With Emotional Performance Of ‘Without Me’ Remix After His Death: Watch