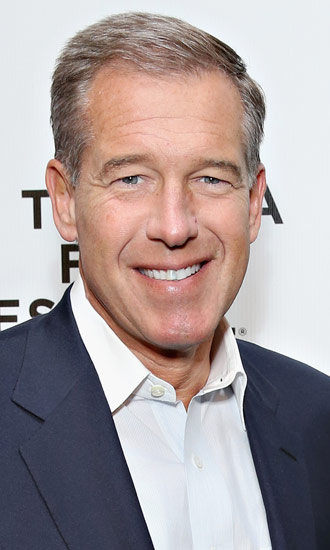 Bio:Brian Williams (born Brian Douglas Williams in Elmira, New York, on May 5, 1959) is an award-winning journalist, anchor and managing editor of NBC Nightly News. On Feb. 10, 2015, he was suspended from his position at NBC for six months after fabricating personal experiences while aboard a military helicopter during the U.S. invasion of Iraq in 2003. In June 2015, Brian was relieved of his position as anchor of NBC Nightly News. Instead, it was announced he would work with MSNBC. On Sep. 22 he returned to TV as the lead anchor for MSNBC’s coverage of Pope Francis visiting the United States.

Best Known For:Brian Williams is best known for being the anchor of NBC Nightly News.

Personal Life:Brian has been married to his wife, Jane Gillan Williams, since 1986. They have two children, Girls actress Allison Williams and Douglas Williams.

Kelly Ripa, 50, Goes Makeup-Free In A Selfie With Mark Consuelos As She Jokes About Being ‘Empty Nesters’