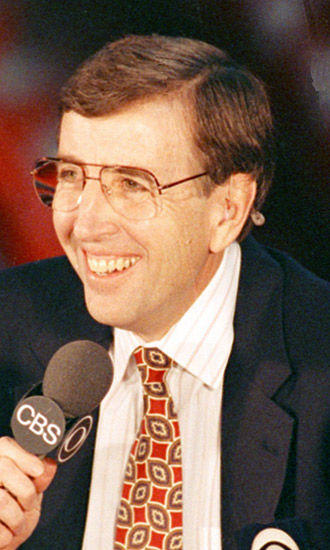 Bio:Brent Musburger (born Brent Woody Musburger in Portland, Oregon on May 26, 1939) is a retired American sportscaster for the ESPN and ABC television networks. He’s one of the original members of the program NFL Today, having also worked for CBS News. Brent has worn many hats throughout the duration of his career in the media, covering the NBA, NASCAR, MLB, and the NCAA for football and basketball. He’s also served as a studio host for games, a play-by-play man, and halftime host. Brent is even a member of the Montana Broadcaster’s Association Hall of Fame. He retired on Jan. 25, 2017.

Best Known For:Brent is best known for being the lead voice of CBS Sports in the 1980s.

Personal Life:Brent has been married to Arlene Clare Sander since 1963. The pair shares two children together named Blake Musburger and Scott Musburger, who are now grown men.