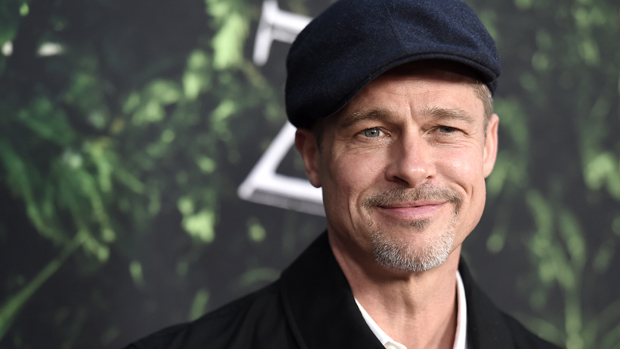 Bio:Brad Pitt (born William Bradley Pitt in Shawnee, Oklahoma on December 18, 1963) is an actor and producer. He began his acting career in the early 90s appearing in films such as Thelma & Louise, A River Runs Through It, Interview with the Vampire and Legends of Fire. He won a Golden Globe Award for Best Supporting Actor and was nominated for an Academy Award in 1995 for his role in 12 Monkeys. Brad has also starred in several critically acclaimed films such as Fight Club, Oceans Eleven, Troy, Mr. & Mrs Smith, The Curious Case of Benjamin Button, and Moneyball. Brad was the first man ever to be awarded “Sexiest Man Alive” twice by People magazine.

Personal Life:Pitt married Jennifer Aniston in 2000. After five years together, the couple filed for divorce due to irreconcilable differences. One month after the divorce, Brad publicized his relationship with Angelina Jolie. She gave birth to their first child, Shiloh, in 2006, shortly after Angelina adopted her second child, Zahara, in Ethiopia. They adopted another child, Pax, from Vietnam in 2005. In July 2008, Angelina gave birth to twins Knox Leon and Vivenne Marcheline. Their family currently consists of six children, three of whom were adopted. They got engaged in April 2012 and tied the knot in a ceremony in France in August 23, 2014. On September 20, 2016 it was revealed that Angelina filed for divorced from Brad, allegedly due to his parenting methods. Reportedly, she is asking the judge for full custody of her children while granting Brad visitation.