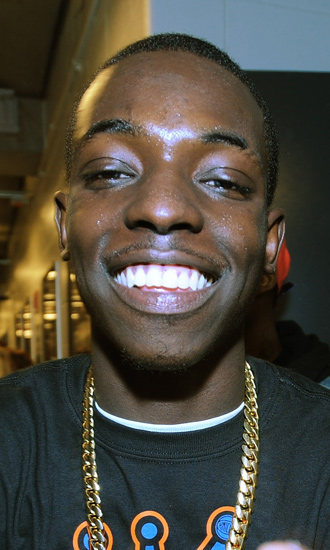 Bio:Bobby Shmurda (born Ackquille Jean Pollard in Miami, Florida on April 1, 1994) is an American rapper. He shot to stardom with his song “Hot N***a,” which was released in July 2014. That is the song where he debuted his famous “Schmoney dance.” The song hit near the top of the Billboard Hot 100 charts. Bobby has had some run-ins with law. He was arrested in Dec. 2014 after police believed he was the leader of a gang known as GS9. He was charged with conspiracy to commit murder, weapons possession, reckless endangerment and other charges. Bobby is currently sitting in jail on Rikers Island.

Best Known For:He is best known for his song “Hot N***a” and his “Schmoney Dance.”

Personal Life:There’s not much information about his love life. The only part of his personal life to be made public is his legal troubles. He was the subject of a death hoax in Dec. 2014.