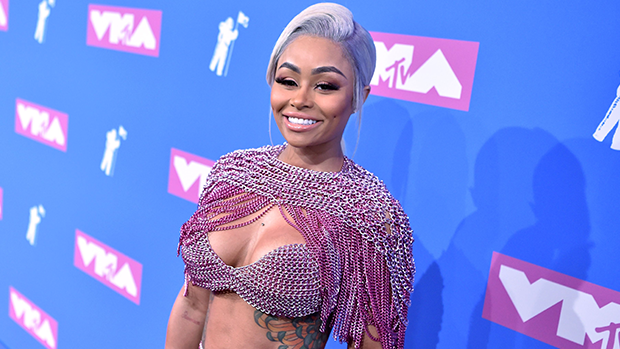 Bio:Blac Chyna (born Angela Renée White on May 11, 1988 in Washington, D.C.) is an American video girl, model and entrepreneur. She has starred in several music videos, including Tyga‘s “Rack City” and Nicki Minaj and Kayne West’s video for “Monster.” As a model, Chyna has appeared on the cover of Dimepiece magazine and posed in Straight Stuntin’ Magazine. In 2013, Chyna graduated from the JLS Professional Make Up Artist School and opened an online clothing boutique called 88 FIN. She also launched a brand of fake eyelashes and in September 2014 opened a Lashed Bar in Los Angeles.

Best Known For:Blac Chyna is known for her relationship with Tyga and for dating Rob Kardashian.

Personal Life:Chyna dated Tyga from 2011 to 2014. They welcomed a son, King Cairo Stevenson, on October 16, 2012. The couple got engaged in December 2012, but split in August 2014. Chyna had a strong friendship with Kim Kardashian, but their relationship became strained once Tyga started dating Kim’s sister, Kylie Jenner. In early 2015, Chyna was rumored to be dating the Phoenix Suns basketball player P.J. Tucker. She started a whirlwind relationship with Kylie and Kim’s brother, Rob Kardashian, in early 2016; the couple broke up briefly in March before getting engaged to be married on April 4, 2016. Blac and Rob announced they were expecting their first child together on May 6, 2016, and their daughter, Dream, was born on Nov. 10, 2016. She and Rob went on to end their relationship in February 2017. They have not reconciled.