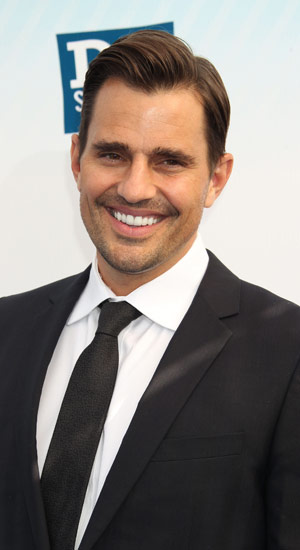 Bio:Bill Rancic (born William Rancic in Chicago, IL on May 16, 1971) is an entrepreneur and business man. Rancic shot to fame when he appeared on the first season of The Apprentice. He was hired by Donald Trump in 2004 after his time on the show. After he left the Trump Organization, Bill became a motivational speaker and real estate developer in Chicago. He married E! News co-host, Giuliana DePandi, in 2007. He helped wife Giuliana start her website FabFitFun.com and in 2011, the couple got their own reality show called Giuliana & Bill. He is also the host of NBC’s Ready For Love and the NY Times best-selling author of “You’re Hired” and “Beyond The Lemonade Stand”.

Best Known For:Bill won the first season of The Apprentice and was hired by Donald Trump. He is also well known for his reality show with TV host and wife Giuliana. With an enviable head of hair, Rancic is also the official “Growth Coach®” for Rogaine.

Personal Life:After Giuliana DePandi interviewed Bill for a TV segment, they hit it off. They became engaged on December 15, 2006. They married on September 1, 2007 in Capri, Italy. The couple welcomed their first child, Edward Duke, via surrogate on August 29, 2012.